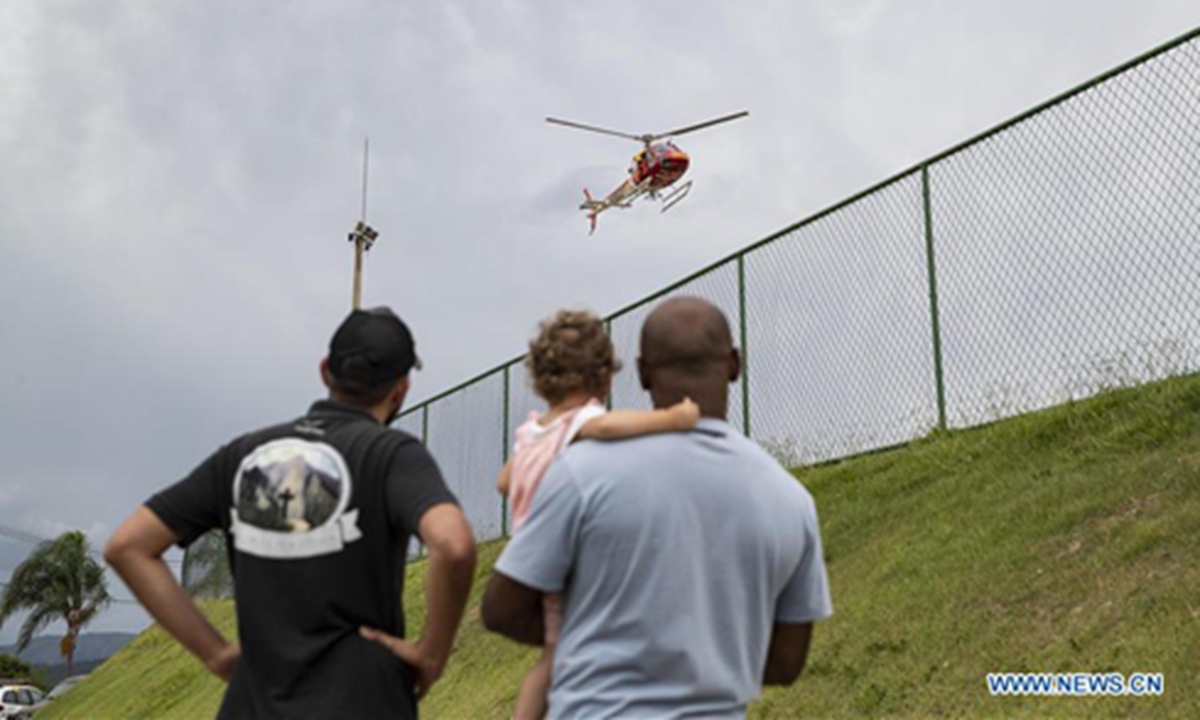 People watch a rescue mission helicopter in a helping center near Brumadinho, the state of Minas Gerais, Brazil, on Jan. 26, 2019. At least 34 people were killed after a tailings dam owned by mining giant Vale collapsed Friday afternoon in Brazil's southeastern state of Minas Gerais. (Xinhua/Li Ming)

The sharp rise in gold prices has driven a surge of illegal mining in Brazil, much of it in the Amazon rainforest, according to a study published on Tuesday.

Gold output in Brazil, the world's 14th-biggest producer in 2021, has soared since the coronavirus pandemic pushed international prices to record highs.

Of the 112 tons of gold produced in Brazil in 2021, at least 7 percent was illegal and 25 percent potentially illegal, found the study from the Federal University of Minas Gerais.

The trend continued basically unchanged in the first six months of 2022, it found.

Lucrative profits are driving a gold rush in the Brazilian Amazon, where the amount of deforestation for mining set a record of 121 square kilometers in 2021, according to satellite monitoring by the national space agency, INPE.

The study found at least 23 percent of mining deforestation in the Amazon was on Indigenous reservations, conservation areas and other officially protected lands.

Illegal wildcat miners with links to organized crime have violently attacked Indigenous inhabitants in some areas, and studies show the mercury they use to separate gold from sediment is contaminating rivers.

The study found the vast majority of Brazil's illegal gold output - 98 percent - came from three municipalities in the northern state of Para, with the Kayapo and Munduruku Indigenous groups particularly hard-hit.

Federal prosecutors have urged President Jair Bolsonaro's government to adopt stricter controls on the origin of gold. Prosecutors estimate the social and environmental damages from illegal gold mining at 39 billion reais ($7.5 billion) from January 2021 to June 2022, the study said.