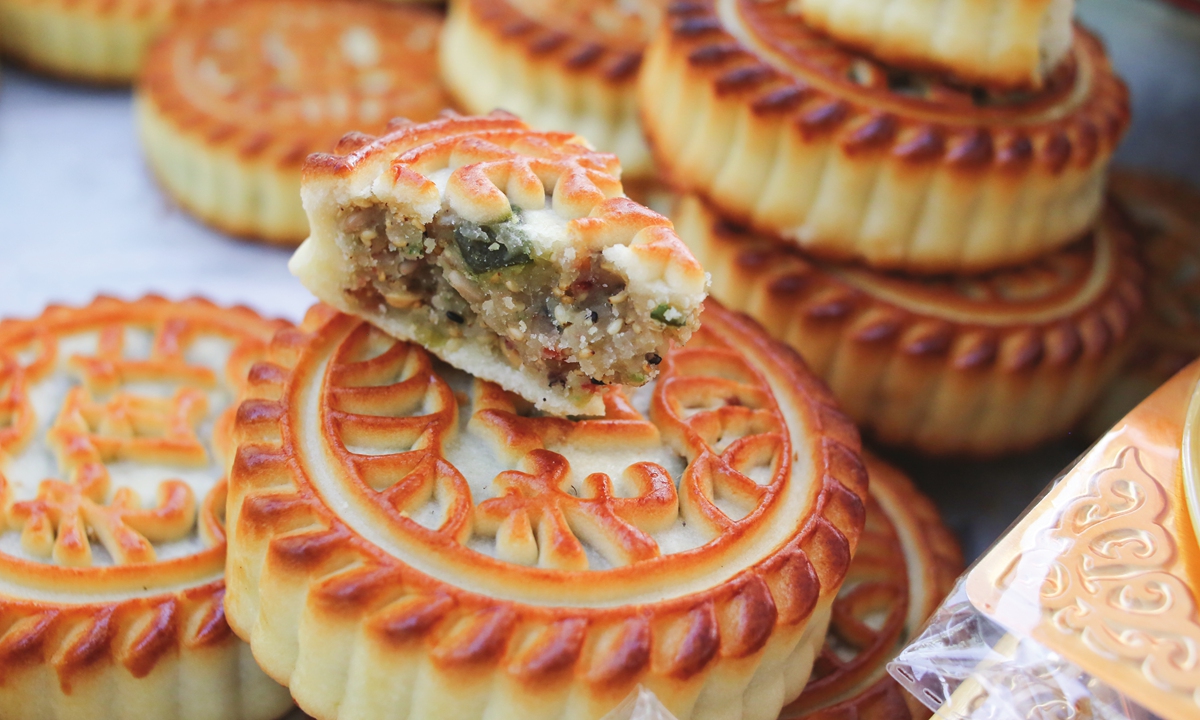 The Mid-Autumn Festival: a time for enjoying the full moon and family reunions

The Mid-Autumn Festival is one of the most important traditional Chinese festivals. The festival is celebrated on the 15th day of the eighth month of the lunar calendar. This date is the mid-way point for autumn, hence the festival's name.

There is a famous legend in China about the origin of the festival - Goddess Chang'e flies to the moon. In ancient times, there were originally 10 suns in the sky. Chang'e's husband Houyi shot down nine of these suns and was awarded an elixir of life by Heaven. Unfortunately, Chang'e drank the elixir by mistake and soon flew up to the moon on the 15th day of the eighth month. Houyi missed his wife so much that every year on that day he would present all of Chang'e's favorite food in the courtyard and wish for her return. Gradually, this day turned into a festival for family reunion.

Another saying goes that the festival derived from the ritual of worshiping the God of Land for a good harvest. Since the 15th day of the eighth month happened to fall during harvest season, people offered sacrifices to the God of Land, and later this became the Mid-Autumn Festival. Since moon cakes were part of the sacrifices, they became a special snack eaten during the festival to express people's happiness in celebrating a good harvest.

Historical records show that on mid-autumn day kings and emperors held ceremonies to worship the God of the Moon and ask for blessings. It was believed that the moon was the closest to the Earth at that time, so it was the biggest, roundest and brightest. As the full moon symbolizes tuanyuanin Chinese, meaning reunion, it becomes the day when people get together with their family and appreciate the full moon. They would have a big feast and share moon cakes as a symbol of family reunion as the round cakes were made in the shape of the moon. Additionally, those who were far away from home would also express their homesickness. Many verses from ancient poems describe such sentiments, such as "Looking up, I find the moon bright; Bowing, in homesickness I'm drowned," "Men have sorrow and joy; they part or meet again; the moon is bright or dim and she may wax or wane," "Though miles apart, we'll share the beauty she [the moon] displays."

Today, many festival traditions have been passed down and further enriched with more activities such as watching art performances, having outings or visiting scenic spots. In 2006, the Mid-Autumn Festival was listed as part of the first-batch of national intangible cultural heritages in China.